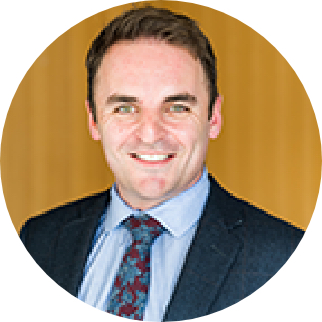 Ben is the founder of Building Together and is also the CEO of Robin Ruth North America, an apparel and accessories brand for tourists worldwide. Robin Ruth has more than 3,000 points of sale in North America through airports, national retailers, and gift shops. 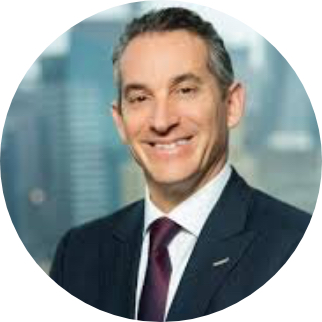 Andrew has been a senior partner with The Wilshinsky Group at Morgan Stanley since his arrival at the firm in 1999 and focusses his practice on institutional Retirement Plan Consulting and Private Wealth Management. He sits on the board of the nonprofit organization American Friends of Hebrew University and works with a variety of other environmental charities. 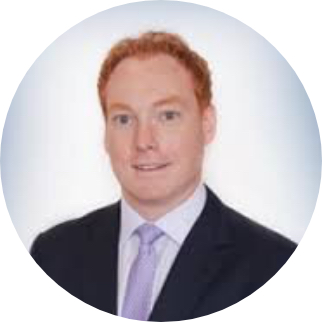 Adam Belfer is a principal of H.I.G. Realty Partners and has been with the firm since 2007. Adam manages the west coast office based in Los Angeles, and is responsible for all aspects of the investment process, including sourcing, transaction structuring, financing, and post-closing execution. 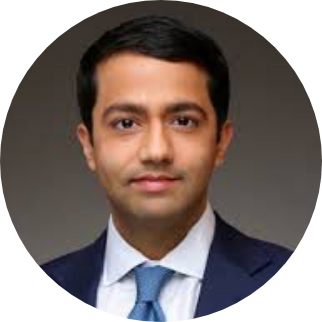 Mahmud is a Principal at Energy Capital Partners. He is involved in the Firm’s credit and capital solutions investment activities. Mahmud earned a B.S. in Foreign Service from the Edmund A. Walsh School of Foreign Service at Georgetown University and an M.B.A. from Columbia University where he graduated from the Value Investing Program. 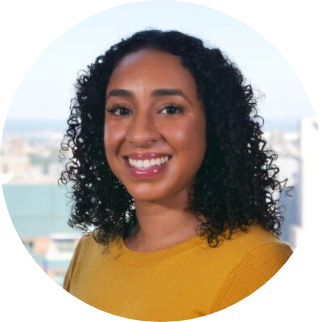 A seasoned philanthropic professional, Leah Molaiepour has many years of experience in CSR, development and fundraising, program management and research and evaluation, in both the public and private sectors. Currently, as Vice President, Philanthropic Initiatives at BNP Paribas, Leah heads the Bank’s grant-making, corporate philanthropy and employee engagement in the US. 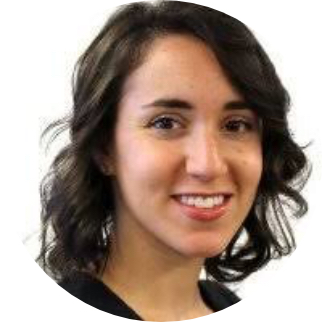 Yael Amron is an executive and the Operations Lead at Heat Watch, a fast growing energy efficiency start up in NYC. At Heat Watch, Yael heads everything on the backend of the company, from growth strategy, to field operations. field operations. She believes strongly in the goal of the company, to help Landlords and building mangers throughout the US reduce their buildings’ energy consumption and carbon footprints. 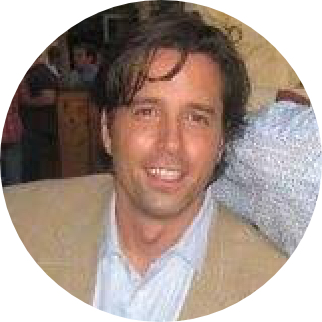 Howard Lev is the founder and Managing Member of Wheelhouse Property, LLC. Wheelhouse Property is a real estate investment, advisory and asset management firm focused on acquiring, operating and repositioning multi-family apartments in New York City and its environs. 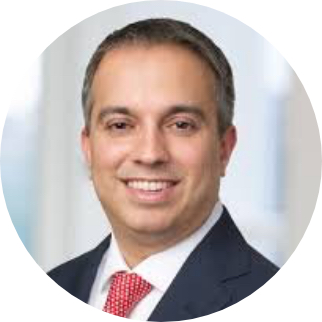 Faisel Khan is senior vice president of finance for Sempra Energy, and chief financial officer of Sempra LNG. He has spent two decades working in the global energy industry. Prior to working at Sempra Energy, he was a managing director for Citigroup in New York, covering the natural gas, power, pipeline, midstream, refining and integrated oil industries. Khan holds bachelor’s degrees in engineering and economics from the University of Pennsylvania. 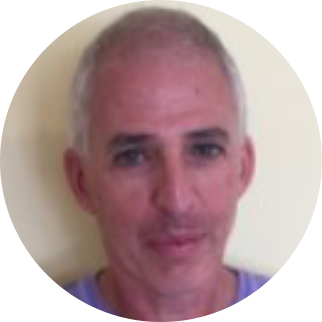 Leon Bijou is an attorney at Jefferies LLC, an investment bank headquartered in New York City, where he is involved in the firm’s corporate governance and supports the Public Finance Department. He began working to promote economic cooperation between Israel and her Arab neighbors beginning in 1994 during the Oslo Peace Process. 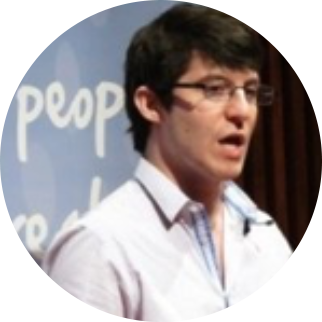 Daniel Daks is an entrepreneur who began his career as the founder and CEO of TradeUp, an education technology platform since acquired by the Apollo Education Group (NASDAQ:APOL). Most recently, he has founded Palette Media. He has also spent time in business development roles at Devik International, Inc. where he partnered with leading middle eastern agribusinesses. It was there that he gained an appreciation for trade as a means of bringing communities together. 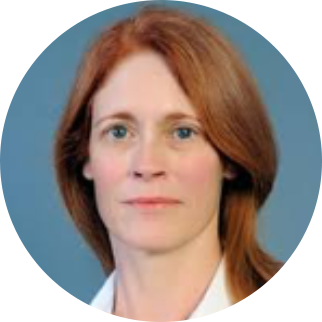 Dr. Georgiana Gibson has a longtime interest in public health issues and education. She graduated from the University of Texas School of Public Health in 1978 with a Masters in Public Health degree, followed by a Doctorate in Medicine in 1982 from UT Southwestern Medical School. She completed a residency in Diagnostic Radiology as well as fellowships in Interventional Radiology and Neuroradiology. After working as a faculty member in Neuroradiology at UT Southwestern, she entered private practice in Plano, Texas with Texas Radiology Group. She retired from active practice in 2008. Dr. Gibson serves as Board Secretary for the NGO Plan International. 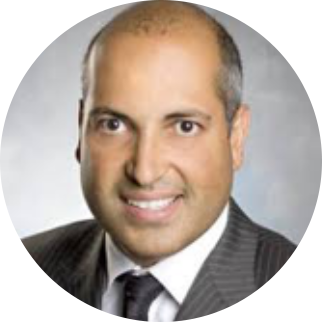 Mehra Golshan, MD, MBA, is a cancer surgeon and a nationally and internationally recognized leader in breast cancer treatment and research. In addition to caring for patients, he serves as Deputy Chief Medical Officer for Surgical Services and Director of the Breast Cancer Program for the Yale Cancer Center, Smilow Cancer Hospital, and Smilow Cancer Hospital Care Centers. Prior to joining Yale, he spent 17 years in Boston at Harvard’s Brigham and Women’s Hospital, Dana Farber Cancer Institute. Dr. Golshan completed his fellowship in breast surgical oncology at Northwestern Memorial Hospital. He earned his Medical Degree from Case Western Reserve University and an MBA at Massachusetts Institute of Technology. 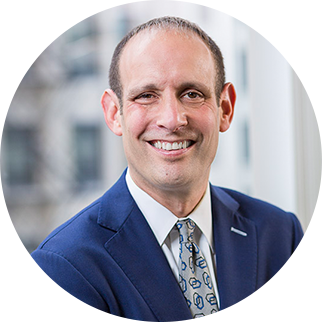 Andrew Ross is an experienced financial and governmental executive with more than 25 years of experience spanning both the public and private sector. Andrew joined Sovereign Infrastructure Group, which is a global financing company, in 2017 and runs business development efforts in Africa, investor relations, and SIG’s Sustainable Development/Impact strategy. Andrew spent more than four years working for former Illinois Governor Pat Quinn, including as his Chief Operating Officer. He was responsible for driving the State of Illinois’ economic development agenda, including overseeing a $31 billion capital program, while also serving as the Governor’s senior energy advisor and crafting Illinois’ renewable energy policies. He also serves on theboard of the Environmental Law & Policy Center. Andrew earned his BA from Northwestern University and has a master’s degree from Syracuse University in Broadcast Journalism. 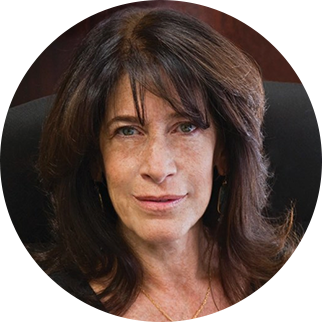 Thea Wieseltier currently serves as Director of Strategic Projects and Public Programs at 70 Faces Media. After a successful career as Director of Photography at Forbes, Sipa Press/New York Times, and other publications, Thea decided to turn her energies to the benefit of the community in which she was raised, working for nine years as the Director of Strategic Projects at The Jewish Week, where she oversaw its two signature high-school programs, Write On for Israel and FreshInk forTeens, and convened dozens of public forums with authors, journalists, and thought leaders, to elevate and transform the discussion of Jewish issues in New York and beyond. These conversations and convenings that she has designed, for The Jewish Week and now for 70 Faces Media, have become intellectual and journalistic institutions, renowned for their quality and rigor and inclusiveness. Her forums have exemplified a new standard of openness to ideas and to people, so that the full panoply of Jewish values and vexations, secular and religious, may be aired with candor and respect. 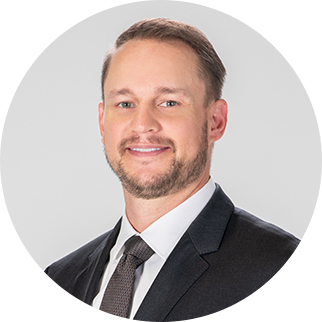 Tom is the CCO for ACM Global Laboratories, where his company provides global central laboratory services, bio analysis, PK/PD, pathology, microbiology and toxicology services for clinical trials globally. Headquartered in New York with offices and labs in Philadelphia, United Kingdom, India, Singapore and China, ACM partners with Pharma and Biotech sponsors as well as CRO's to bring new therapies and vaccines to market. Tom Started his career in the United States Marine Corp and holds a Bachelor degree in Biochemistry from the University of New Hampshire and an M.B.A from Massachusetts Institute of Technology, Sloan School of Business. 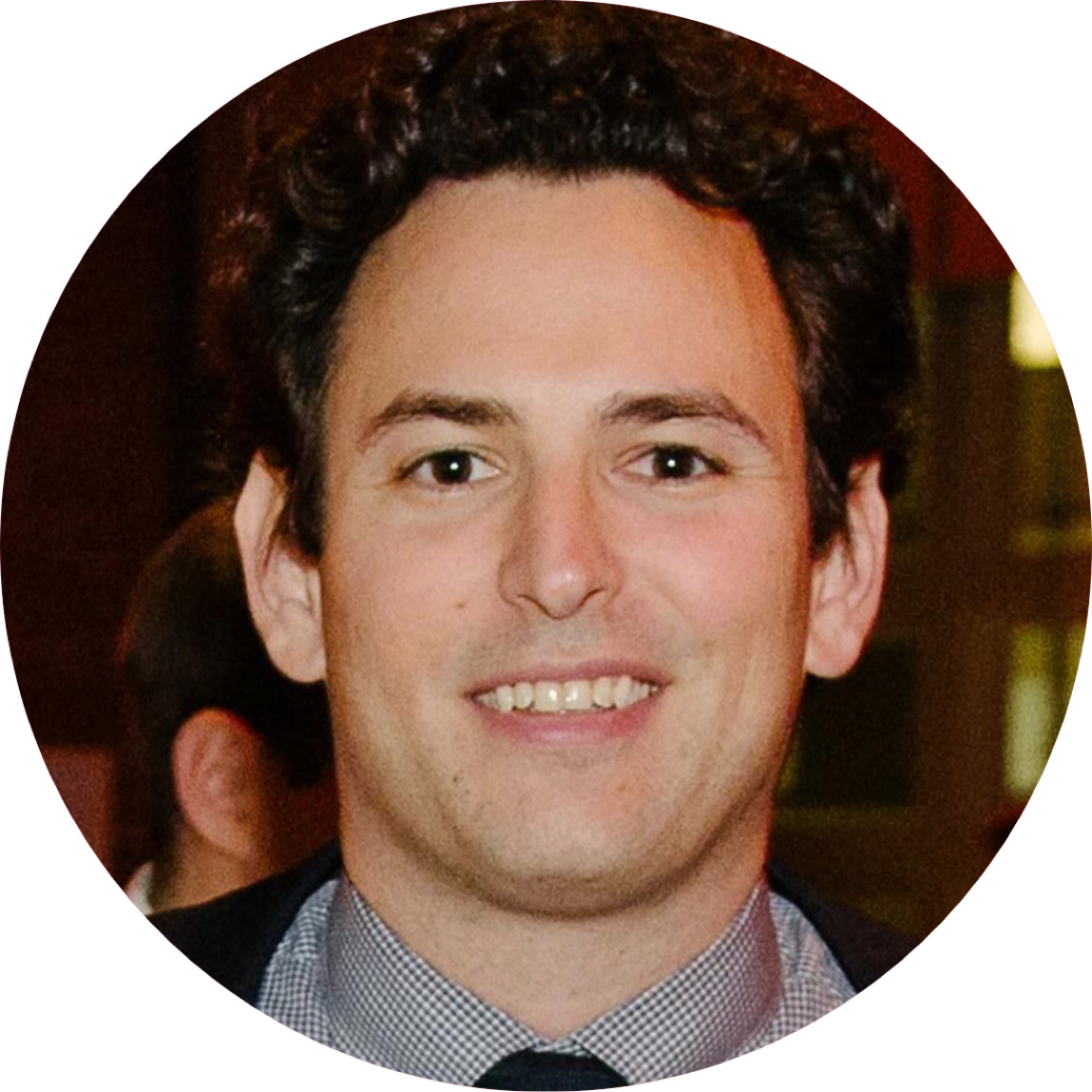 Michael Bretholz is a Managing Director at Macquarie Asset Management where he focuses on infrastructure sectors. He is a graduate of New York University School of Law, Yale Law School and the University of Toronto, and serves on the Steering Committee of the Carnegie Hall Notables. 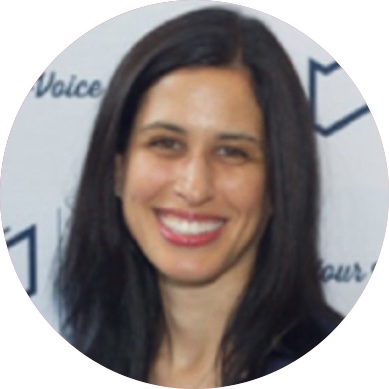 Adele Frankel is an Assistant General Counsel at Flatiron Health, a developer of a cancer-specific EHR platform to improve the patient experience, create a healthier practice and smarter research. Prior to Flatiron, Adele was General Counsel at Nanotronics, a Founders Fund company that develops optical inspection tools for the semiconductor industry. 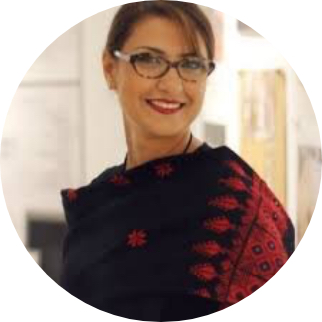 Rula Abu-Rajab is an Emerging Market Executive with Siemens Healthineers where her expertise lies in expanding precision medicine and increasing accessibility to the newest MRI technology. Previously, she was the Global Marketing Director of Oncology  at Abbott Diagnostics and was responsible for driving the global Abbott CoreLab oncology business with focus on China and Japan markets. Rula is an active board member for many humanitarian organizations, such as PCRF, BPFF, and Karam Foundation. She has participated in multiple humanitarian missions as well as helped organize major fundraising events. She is interested in creating social awareness for the Building Together mission to advocate for socio-economics equality between Palestinians and Israelis. 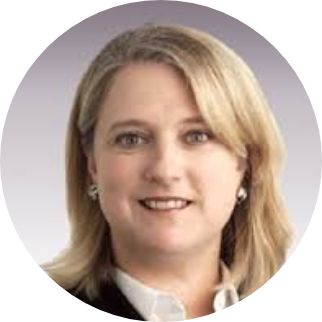 Kathy Robb has a diverse portfolio of experiences, including being the co-founder of Robb Water Partners and Director at BlueCommons, Inc. Previously Kathy was a partner at Sive, Paget & Riesel P.C, the nation’s first environmental law firm, where her practice focuses on litigation in federal courts, and a partner at Hunton & Williams where she focused on energy and environmental litigation, regulation, and counseling before federal, state, and administrative courts. She was the  founder and director of the Water Policy Institute, which seeks innovative solutions to water supply and quality issues. Kathy serves on the boards of the Environmental Law Institute, the advisory board of Bloomberg BNA’s Environmental Due Diligence Guide, and the Women’s Network for a Sustainable Future, which she co founded and chairs. 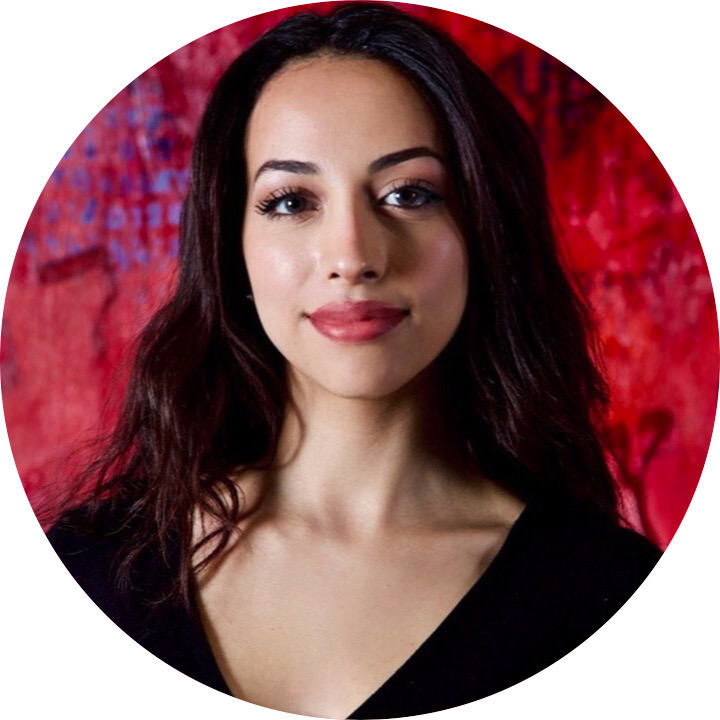 Dima Zaghal is currently working towards receiving her Bachelors in Fine Arts from Lake Forest College. She is passionate about social justice matters and advocating for peaceful connections between Palestinians and Israelis. Dima is eager to cultivate her creativity and interests as a means of bridging connections amongst various communities through Building Together’s engaging platform. 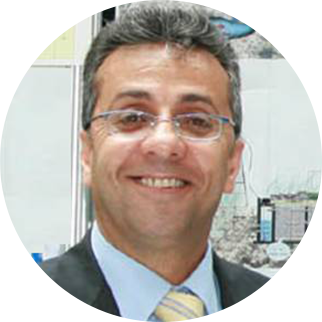 Monther Hind was born and raised in Al Bireh-Ramallah and received his bachelor’s degree in 1994 in civil engineering, hydraulic section from University Degli Studi del’Aquila in L’Aquila, Italy. Monther worked as a project manager of a large-scale wastewater management project funded by the German government for ten years. Since 1996, he has provided technical environmental services to local authorities with a focus on water, wastewater and solid waste management, collaborating with different international donors and experts to support the Palestinian National Authority. Monther worked as a freelancer for different donors, performing feasibility studies and advisory services on infrastructural issues and environmental projects. In 2004, Monther founded the Palestinian Wastewater Engineers Group (PWEG), aiming to support local and national authorities in better performing their environmental duties with a special focus on water resources protection. 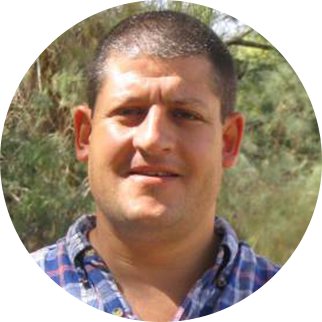 Clive currently serves as director of the Arava Institute for Environmental Studies' Center for Transboundary Water Management where he oversees research and development projects, workshops and conferences that focus on transboundary water and environmental problems facing Israel, Jordan and the Palestinian Authority. His specialty is in water resources management and policy. Clive's research and development work has recently focused on cross-border stream restoration and waste water management issues between Israel and the Palestinian Authority. Clive, a native from South Africa has been living in Israel for over twenty years. He received a BSc degree in zoology at the University of Witwatersrand, South Africa, a BSc Honors in wildlife management from the University of Pretoria, South Africa, a MSc in desert ecology from the Ben Gurion University of the Negev, Israel and a PhD in resource ecology management from the School of Natural Resources and Environment, University of Michigan.