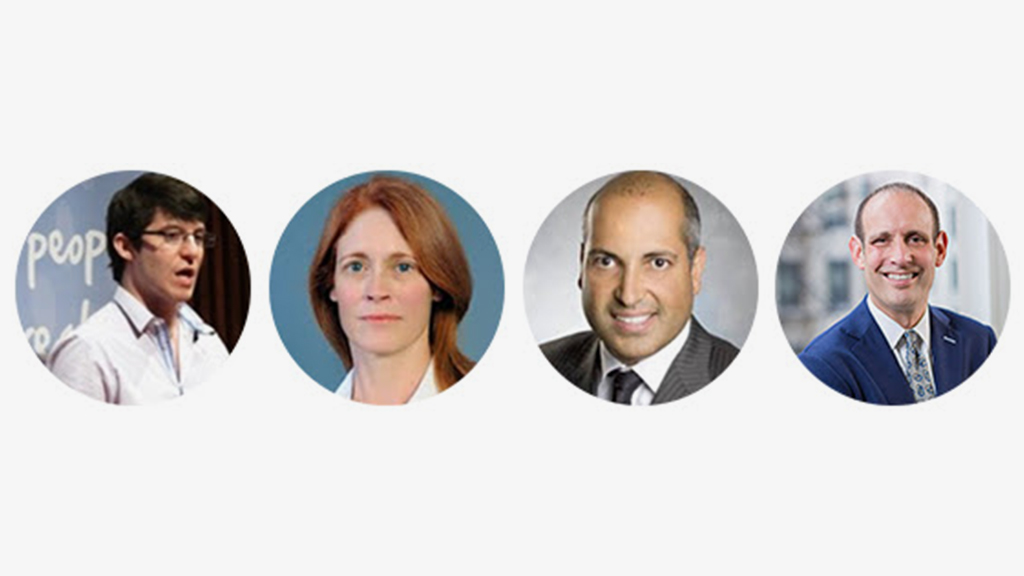 The four new board members of Building Together are an eclectic, brilliant bunch.

One is a retired neuro-radiologist who now owns a horse farm. Another, a technology platform entrepreneur, found his way to Building Together (BT) when he worked for an international consortium of date growers. A third started in broadcast journalism, spent time in state government, and now is in the private sector. The fourth is an internationally recognized cancer surgeon. What do they have in common? Enormous enthusiasm for the tangible goals of Building Together.

“I was intrigued by the practicality and the values of Building Together,” said Daniel Daks. He founded TradeUp, an education technology platform since acquired by the Apollo Education Group, and, more recently, Palette Media, a management company for TikTok stars. A couple years ago, he was in business development at Devik International, an international cooperative of date growers. That’s how he met some of the farmers who work with Building Together, and BT founder Ben Jablonski.

But even before meeting West Bank farmers, Mr. Daks was familiar with the Middle East. “Growing up, I spent a good amount of time going to the West Bank and seeing how early-stage commerce draws people together,” he said. “I feel strongly about the efficacy of bringing people together, and having them trade and see that they have common values.

Speaking from her home in Kentucky, Dr. Georgiana Gibson echoed this thought. “I love the idea of bringing people together because I do believe that this is the only way this situation is going to get any better for anybody. It’s much easier to hate somebody you don’t know than hate somebody who actually has very common interests.”

A retired neuro-radiologist, Dr. Gibson believes her decade-long experience on the board of the NGO Plan International, a girls rights organization, will positively impact her work for Building Together. “From a governmental and financial standpoint, my experience with fundraising in a large NGO should be very helpful,” she said.

Dr. Mehra Golshan is a cancer surgeon and an internationally recognized leader in breast cancer treatment and research. He met Mr. Jablonski a few years ago when they were in the same MBA class at the Massachusetts Institute ofTechnology. “It all starts with Ben. Just being around him just generates so much excitement and discussion,” Dr. Golshan said. “We started off as classmates. In one of the forums where individuals are asked to share something of themselves, he talked about his experience of creating Building Together—the background he came from, the original point of view that he had about what was going on in the Middle East and how that changed, his dedication—all of that drives excitement for someone who wants to be a part of something like that. It’s pretty infectious.”

Dr. Golshan is struck by the energy, creativity, and openness of his colleagues on the BT board, as well as BT staff and consultants. “It’s exciting to hear from the different people on the board and those on the ground doing the work day in and day out,” he said. “In this forum, it’s safe for people to share opinions and not be relegated to one side or the other. People come from a lot of different backgrounds and they all feel empowered to share their thoughts.”

Andrew Ross knows the worlds of government and finance. Currently an executive with Sovereign Infrastructure Group, Mr. Ross worked for a decade in Illinois state government. He drove the state’s economic development agenda while serving as Governor Pat Quinn’s senior energy advisor and crafting Illinois’ renewable energy policies. Rounding out his diverse background, he has a master’s degree in broadcast journalism.

“While it’s important to have a policy focus, I like that Building Together is about delivering real results with projects in Israel and the West Bank. This is about creating programs that have tangible results that people can really wrap their arms around,” he said. “When you talk about the Middle East, many people can’t point to where the West Bank is. Instead of talking about geopolitics, we are focusing on bringing people together.”

“Building Together is about showing what we can deliver, not telling,” he continued. “That’s what I’m so excited about: building a foundation of sustainable and scalable projects that will make an impact, and foster better relations, and enhance the economic productivity of people across the West Bank. Once you have a track record of being able to take an idea from concept to realization, you’ve got a great story to tell and you can make a tremendous impact. There are a host of opportunities out there, and we are hitting the ground running.”