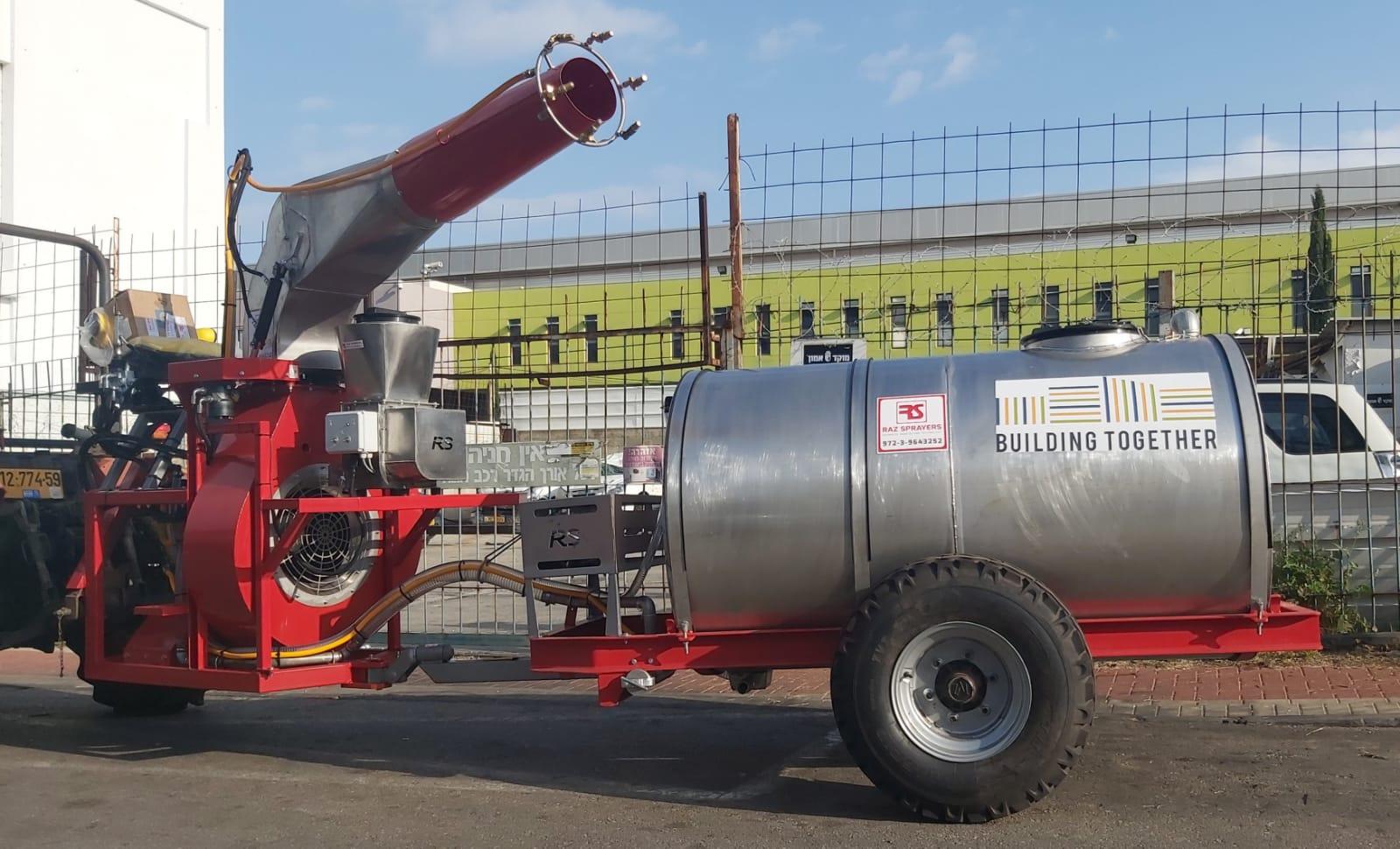 On March 15, there was great jubilation when a high-tech pollination machine was delivered to the West Bank village of Marj al Ghazal. “Everyone was excited, including the Israeli technician who delivered the machine,” said Monther Hind, a consultant who worked with Building Together and a fellow consultant, Dr. Clive Lipchin, to acquire the machine for this village and several of its closest neighbors. “People were almost dancing. There was  kind of chaos. Everyone touched it and wanted to know how it works.”

In this part of the world near the Jordan River, most farmers are dedicated to cultivating date palms, and dates from the area are exported around the world. Before the arrival to Marj al Ghazal of this state-of-the-art, tractor-pulled machine with a tank and rotating sprayer, however, farmers were forced to engage in a slow, inefficient pollination method. One farmer explained: “Before this new sprayer, we used a water tank on a tractor and a lift machine where the worker is standing and holding a primitive sprayer. It was dangerous and not easy to coordinate the movement of two machines and the pump. We had to do it tree by tree, and it took long time.”

The Building Together logo displayed proudly on its side, the machine has multi-terrain capability and an option to use for environmentally friendly pesticide applications. This, too, will be very helpful to the farmers, as they strive to protect their crops from a voracious beetle called the red weevil.

“We felt that we are really doing a good service that the farmers have needed for a long time,” Mr. Hind wrote in texts from the West Bank at the end of the day on March 15. He is delighted with the project and gratified at the villagers’ joyful reaction. He sent photographs of men gathered around the sprayer as the technician explains the control system; a small boy touching the huge tractor wheel; a teenager at the steering wheel while a farmer tries out the levers and buttons of the machine, aiming the nozzle to one side and spraying water. “There was no other organization that could help the farmers the way that Building Together has done,” Mr. Hind said.

Wasting no time, the Marj al Ghazal farmers conducted tests on the sprayer the day it arrived, and the next day drove it into the fields to start pollination.

“The sprayer was a dream for me,” a farmer told Mr. Hind. “Thank you for your efforts.”